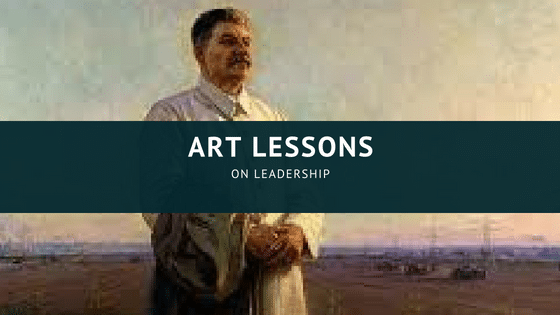 Occasionally I turn to NPR as a break from the sound of my own brain being sucked out of my ears by continuous mind-numbing advertisement and bubblegum- laced popular music. In 2013, I happened across a half-hour interview with Pulitzer Prize-wining author Anne Applebaum promoting her book, Iron Curtain. For forty-five seconds, I listened to Ms. Applebaum elegantly discuss the brutal exploits of Stalin’s Soviet terror machine during World War II. Through her research, she learned that the Communist machine that was used to crush and colonize Eastern Europe in the first decade after the war, also limited public art to images that only perpetuated the Soviet cause. 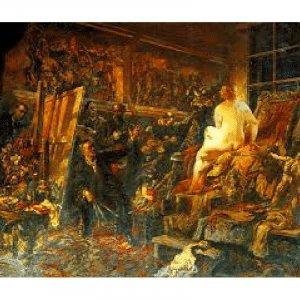 Typically not a fan of World War II literature, I reached for the dial to surf for another station. The host’s next question captured my attention for the next 20 minutes. “Ms. Applebaum, is there any evidence that suggests that some artists enjoyed creating Stalinist Art?”

The author’s pause suggested this was a question that she had not yet contemplated. Her faintly audible “hmmm” further intrigued me as a listener. “In my opinion,” Ms. Applebaum said, “the purest measures of the popularity [or lack of popularity] of Stalinist art is that the moment it was legal to paint any way they wanted, no one continued painting in the Stalinist style”.

What an amazing commentary on Stalin’s inability to inspire more than oblatory compliance. Artists did not lose the ability to create. I am sure many of them were very good at painting in the Stalinist style. New artists had thousands, if not millions, of examples of Stalinist art from which to emulate. Still, drawing from six years of research, Ms. Applebaum’s could find no evidence of advancement of Stalinist Art. Stalin’s leadership left such a negative impact on current and future artists in Eastern Europe that their gifts and talents could not be voluntarily expressed in association with Stalin’s values and virtues. What does this tell us about leadership?

Heres the point: Most employees will comply with management direction. With a title comes a degree of freedom from insubordination. Some employees may even endure mistreatment in order to keep a lucrative job when jobs are few and times are hard. Being able to achieve compliance, however, should never be confused with leadership. Pure measures of effective leadership is whether people voluntarily advance the organization’s mission. Do people offer insights around corners that the leader had not considered? Ultimately, do people continue following coaching, past the moment they are no longer obligated to do so? Even dictators can manage to short-term results.  True leadership inspires and empowers people to give their best.