Messing Up the Curve 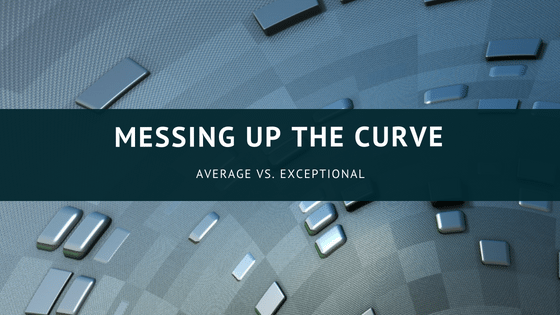 Messing Up the Curve

Do you remember that kid in grade school who raised their hand to answer every question; who would remind the teacher to assign homework; who challenged every A- or B assignment grade they received? For me, in fourth grade, that kid was Ted D. 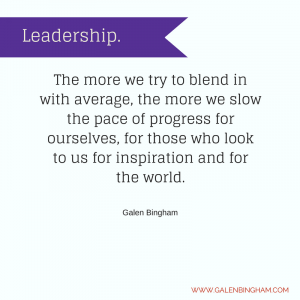 Chances are you can remember having or being Ted in school.  Many classmates had a problem with Ted.  Not that grades were of particular concern back then; the typical fourth grader couldn’t care less about grades.  What frightened everyone was that Ted constantly raised the standard and threatened our definition of being average.  He messed up the curve.

Fellow fourth graders found inventive ways to discourage Ted and others who might follow his lead.  Teasing, name calling, lunchtime ridicule were effective go-to tactics. After all, a sudden influx of high achievers might shift the curve too far to the right. If not stopped, current average performance might quickly be viewed as something less than average.  If allowed to continue, the average may eventually become antiquated. Today, we all admire Ted and recognize our behavior as a childish manifestation of fear and competition anxiety.

Unfortunately, that manifestation is not relegated to kids in primary school. Recently, I was part of a group presentation to hundreds of peers. The audience had grown weary and began to disengage. One executive made a split-second decision to pump life back into the meeting that was only just beginning. During her presentation, she over-animated gestures, made humorous connections to the prescribed content and exuded personality and energy on stage. And it worked. She left the audience laughing, pumping their fists and cheering for more in the aisles. The next presenter sensed that the bar had just raised. Instead of riding the wave, he opened his talk by explaining that the previous executive was “not able to attend rehearsal and it showed”. All of the new energy evaporated from the room.

This subtle sabotage was probably not intended as a personal attack. It was an attempt to return the bar to a level he knew he could clear.  It also sent a message to other presenters to “stick to the script”.

There are many examples throughout history. Jesus was crucified when he raised the bar of what it meant to follow God’s word.  After winning the Nobel Prize for Peace, Martin Luther King Jr. was assassinated because he attempted to raise the standard for the very people who made the average possible.  President Obama was elected with great fanfare for his ability to inspire hope. Prior to his inauguration, congressional leaders vowed his demise.  They feared he could compromise the curve in the United States government.  I have heard more than a few comparisons between Congress and a fourth grade class.

Here’s the point: When you step into greatness and require others meet you there “in greatness” you will attract opposition, detractors and real haters. You will become a target for no other reason than you are messing up the curve. You are challenging the notion of what it means to be average. Others may recognize that if they stay where they are while you redefine possibility, the distribution curve may shift. What was average is now slightly below average. If too many people are able to meet the newly established standard, what was average may now be viewed as antiquated. It is equally frightening to consider that change may involve work and temporarily looking foolish.

With any luck, we will all be as successful as Ted.